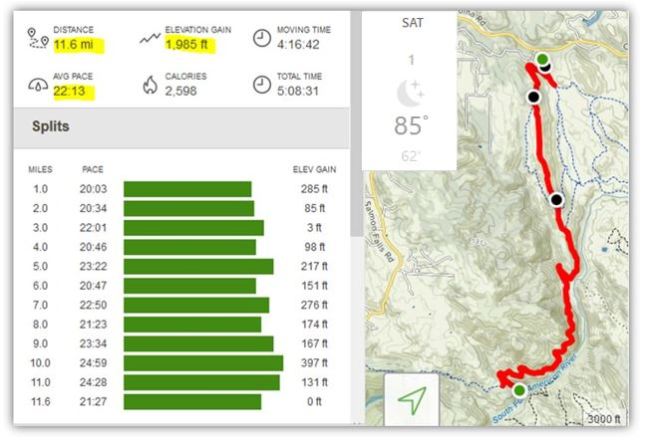 I got three decent hikes in the span of eight days last week and the last one about did me in. It didn’t seem like it was the distance or the elevation gains, though. It was the heat. 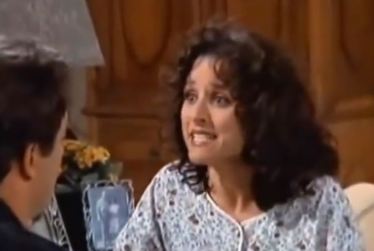 The scary thing is, it wasn’t really that hot (for California, at least). It was in the high 70’s at the beginning of the hike, and it only hit the mid 80’s on the final push. I could have sworn it was in the 90° range. Of course, I was in the sun most of the four hours I was moving and there was almost no breeze inside the valley, so maybe that skewed how hot it felt.

Hydration-wise I had a full bottle of flavored water for lunch and drank about 45oz of water as well. I don’t think I was dehydrated at the end but I wasn’t feeling too strong either. I wasn’t that worried until someone got medivaced out of the parking lot in a helicopter just as I started the final descent. Yikes.

HEAD: One good thing was this turned out to be a great gear check. My hat(s) turned out to be 100% needed and did well (the waterproof version added a few unwelcome degrees). Soaking the buff and wearing it on the way out helped for a while.

TORSO: My long sleeve Baleaf shirt was warmer than a short-sleeved shirt, of course – but far cooler than sunburned arms! I dunked it in the river before leaving and it felt nice and cold until it (quickly) dried out.

WAIST: I have given up on my LAPASA Briefs. This is the second hike I’ve been noticeably uncomfortable in them and both times it was heat related. They just seem to hang on to moisture and that is not an area you want chafing when hiking. I should have listened to . . . well, almost everyone . . . and just went with ExOfficio Give-n-Go briefs in the first place. I won’t go into detail, but they are amazing.

LEGS: I risked sunburn and poison oak and unzipped the legs off my favorite Columbia Silver Ridge convertible pants on the way back. I just needed to feel some air and the breeze was almost non-existent until I was on top of the ridge. They rocked.

FEET: My Altra Lone Peaks were great as always. On the way back I walked them through a creek and my sock liners (at that point as I had removed my hiking socks) were dry by the time I got to the car.

This hot hike definitely sucked the life out of me. Much more than that 4 hours or another couple hills, and I might not have made it without a good long (shady!) break. That’s concerning because I was wearing the lightest weight clothes I have without risking sun exposure. I guess if Camino reaches this level of heat during walking hours, it’ll have to be siesta time!